Greetings sir… Greetings ma’am…. Greetings Doctor…. I welcome you both at Planet Ayurveda center. What’s your name? Mohit Sharma Pooja Sharma Alright!! Where do you come from? Ludhiana What health problem your son was facing due to which you had contacted Planet Ayurveda? He is having Psoriasis – A Skin disease!! Alright! And how chronic the disease is? He is suffering from the same since one year. From February last year….Its May 2018 now and the problem was from February 2017. Can you please tell our viewers about the severity of the disease? He had stopped going to the school. It started from here… from arms no..! from head yes started from head and then legs afterwards whole body was covered. He had stopped going to the school. Alright!! He is having extreme itching. Then have you taken allopathic medicines? Yes we had treatment for him. We went to the best doctors (Ludhiana) but they were simply seeking money and results were nil.

There was no effect of treatment. No, then we started homeopathic treatment. There was a little improvement in starting but later it become more severe. I become stressed and she was stressed even more. Then she surfed through internet and we come to know about you. Ok. Okay… We called here, at that time you were not here as you were in abroad. We mailed all details with pictures and we received the medicine through courier, this is how we started. So when did you started the medicines? Six months ago.

Six months ago from now right! So when the results were seen by you after taking the medicines? Instantly and decreased gradually after fifteen days. And within a month or two it was all cured. Can you please show the difference between the previous condition and the current? You were showing this to me. Yes, I would like to show to my viewers also. This was the former condition of the patient. See the legs of the child. It was a severe psoriasis. It has come on face too but legs were affected badly. Yes See chest was also affected. Show your chest baby. We want to see the improvement.

It’s clear now. Show your legs, see legs are also clear. So basically, we have prescribed the medicines but it’s his strength that he has taken those bitter medicines. There is one very bitter churna named as “Navkarshik churna”. All medicines are bitter. Yes all are bitter. Doctor, our viewers will like to know what is psoriasis? How it is being treated in Ayurveda? Psoriasis:- Basically it is an auto-immune disease in Modern medical system. And according to Ayurveda toxins get accumulated in blood which leads to formation of scales on arms and front side of legs. These scales are itchy and also known as fishy scales as they are shiny. In Allopathy, coal tar is used and steroids are used for itching which provides temporary relief but in Ayurveda, there is a very good treatment for it. There are very good blood purifying medicines in Ayurveda.

Navkarshik churna is there. Chakradatta samhita, which is a grantha of 11th century. In that grantha this Navkarshik churna is mentioned. So I prescribe this Navkarshik churna to my patients of psoriasis, this is having all blood purifying herbs in it like : Manjishtha, Neem, Daruhaldi and triphala is also there and likewise there are many blood purifying herbs in it. So it is a formulation which cures all skin problems, psoriasis, thyroid, gout, blood pressure, diabetes, constipation and Eczema etc. So in Psoriasis or in any auto-immune disease I strongly recommend that protein diet should be minimal and vegetable diet should be there. Protein diet includes: milk, curd, curd milk, chaach & paneer, should be avoided completely in psoriasis.

Then your skin will become clear and clear. Similarly in Ayurveda, as it is a pitta-kaphaj rog I have given medicines to subside the pitta. I prescribe “Arvindasva” to kids, asva of lotus flower. Liver metabolizing medicine is there mainly Manjishta worked for it, Neem is there, Kutki is similar. I have given these medicine for six months to him. The main preparation was Navkarshik churna. One of yours pack is also great! Pack which one I have given to you? Harmony pack Yes it‘s very good pack. Mainly having Multani-mitti etc. Natural glow powder named product is there which when applied on skin, relieves in itching. Whenever symptoms appeared, with application of the same was cleared in 1-2 days. Doctor, I have one question in my mind may be some of the viewer are also having the same. 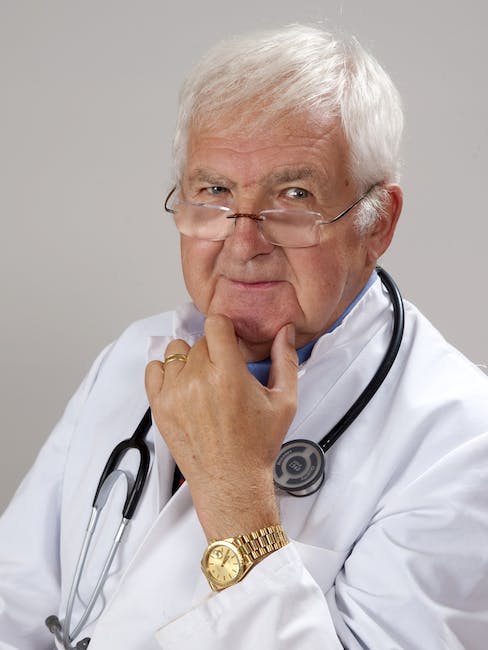 Yes! Why milk and milk products should be avoided in psoriasis and any other auto-immune disease? What is concept behind it? In auto-immune disease our own immunity start attacking against one of our own organ. In case of psoriasis, our immunity start attacking our skin, in kidney failure it attacks on kidney. In auto-immune hepatitis, it works against liver, similarly in multiple sclerosis it works against brain. Who is providing energy to our immunity? Our immunity is known as antibody, these antibodies fights against external protein either bacteria or viruses. So milk and milk products have proteins and by mistake antibodies attack those proteins due to which they attack against one of the organ of our body and this is known as psoriasis.

If we try to under the ayurvedic concept of the same, then milk and it’s all derivatives are abhishayandi pdarth. Whose composition is such that it blocks all strotas of body, for example Curd is considered as most abhishayandi pdarth in Ayurveda according to “Acharya Charak”, who wrote Charak samhita 5000 years ago. In that samhita curd is considered as most abhishandi pdarth which means that create blockage. Blockage in any channel of body does not allows toxins to get-out of the body. Obesity, Gout, Diabetes and others All this happens because of abhishayandi & guru (heavy) properties of dairy products.

It is mentioned in Ayurveda that these are heavy, bulky, abhishayandi and sheetal (cold) because of which they reduce our jatharagni. These can be given to a person who is vaatic, as a nutrition but nowadays everybody is taking these in bulk and do not have any exercise. So all these abhishiayandi products leads to obesity, diabetes, thyroid all lifestyle diseases skin problems, uric acid etc. So I try to avoid milk and milk products, body will be lighter. You must have seen that animals don’t take milk!! They don’t take other animal’s milk. God has created our system in way that we should take mother-feed but do not take any other animal’s milk.

It is not required at all. Have you ever seen that elephant’s baby is weak or a hippopotamus’s baby is weak? We generally say that milk is having calcium, iron, magnesium. All green leaves, grass and vegetables are rich source of calcium and iron. The mint and cilantro are having enough calcium and iron. If you eat green vegetables daily then you will never face calcium deficiency. Leaves, ladyfingers and whatever is green is having calcium in it. So basically this is a tendency of people that we can have calcium from milk only, but it’s not true. Yes, this tendency has developed that we can have calcium and protein from milk and paneer only. If you see any animal their muscles are optimum, bone density is okay, agility is complete and their strength is full, their smartness is great and they have good skin too.

So take all the natural things, avoid packed food for example biscuits, chips and packed juices. Sir these are the things need to be avoided. Now please tell us what are the things to be taken during psoriasis? During psoriasis, carrot juice should be taken as it is having vitamin A, other than this you can have all green vegetables, green coriander leaves, mint leaves & their juices. All Pitta-shamak, tikta rasa (bitter taste) herbs should be taken as all the herbs of Navkarshik churna are bitter. So bottle guard, tinda, ridged guard, pumpkin, petha, radish, carrot and turnip etc. All green vegetables are bitter (tikta rasa Pradhan dravyas). In psoriasis, sweet, salty and sour should not be taken. Mostly bitter herbs should be taken. As tikta rasa is mentioned as pitta shamak in Ayurveda, so it is a vatik rog, so tikta rasa cures pitta as well as kapha. Hence bitters are good. Sir, I would like to know from you that what is your opinion about both allopathy and ayurvedic treatment as you have taken both for your son. Allopathy provides instant relief but in long term it does not have good results and is harmful too.

In ayurvedic system, we kept a lot of patience and so he does. He has taken all medicines timely as directed by doctor sir. So according to us Ayurvedic treatment should be used. What message you would like to give to our viewers? Allopathic treatment has become business nowadays. They pay more attentions towards money instead of treatment. Which involves a lot of expenditure… Tests involves huge expenditure, what would I tell you? Ayurvedic system is the oldest form of treatment as per my knowledge. so we believed in this and results are in front of you. There is good improvement in your son’s condition? Yes, a lot! Psoriasis is all cleared. Yes. Thank you sir! Thank you Doctor for providing such useful information to our viewer. Thank you!.