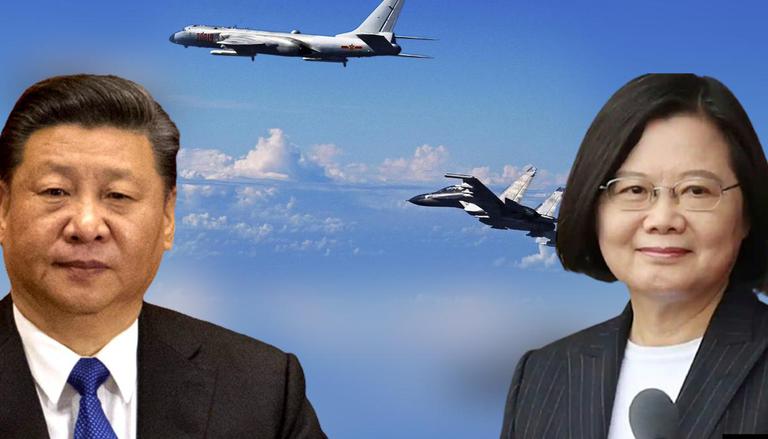 On Sunday, October 10, Taiwan authorities informed that at least three Chinese warplanes intruded on the country’s Air Defense Identification Zone (ADIZ), marking Beijing’s sixth incursion this month. Taiwan retaliated by sending planes, broadcasting radio warnings, and deploying air defence missile systems to track all three flights. The authorities further stated that one Chinese Shaanxi Y-8 warplane and two Shenyang J-16 fighter jets were among the three planes that breached Taiwan’s ADIZ, reported news agency ANI citing Taiwan News. The authorities also went on to say that Taiwan has been the target of one of Beijing’s most serious assaults in the past few days. On October 3, Taipei claimed that at least 58 Chinese jets entered its ADIZ in the last two days.

Earlier, Taiwan’s President Tsai Ing-wen pledged to protect the island’s sovereignty in the face of “unprecedented challenges” faced by the Chinese military. Marking the occasion of the island’s National Day on October 10, Tsai had said that Taiwan is no longer seen as Asia’s orphan, but as an “Island of Resilience” which is capable enough of addressing issues head-on. “The more we achieve, the more pressure we face from China. As a result, I would like to remind all of my fellow residents that we don’t have the luxury of lowering our guard,” she was quoted as saying by ANI. President Tsai’s remarks come amid rising tensions between Beijing and Taipei following a continuous breach of Taiwan’s airspace by roughly 150 Chinese military aircraft.

China is undermining the regional order in the South and East China Seas, according to Taiwan’s President, and the routinization of Chinese military activity in Taiwan’s southern air defence identification zone has had a substantial impact on both national and aviation security. She also underlined Taiwan’s commitment to contributing to the peaceful development of the region. Meanwhile, On Saturday, October 9, China’s President Xi Jinping vowed to pursue “reunification” with Taiwan through peaceful means and emphasised that the government is resolutely opposed to any foreign intervention in the matter. It should be mentioned here that Beijing asserts absolute sovereignty over Taiwan, despite the island’s self-government for more than seven decades. Taipei, on the other hand, has countered Chinese aggression by strengthening strategic ties with democracies, particularly the United States, which China frequently opposes.

Medical news today Condemn human rights violations in Syria regardless of their perpetrators: India at UNSC

Medical news today Designate Wright and Michelle Keegan give plump tour of ‘£3.5m’ dwelling all by plot of ‘lash push’

Medical news today Condemn human rights violations in Syria regardless of their perpetrators: India at UNSC

Medical news today Designate Wright and Michelle Keegan give plump tour of ‘£3.5m’ dwelling all by plot of ‘lash push’